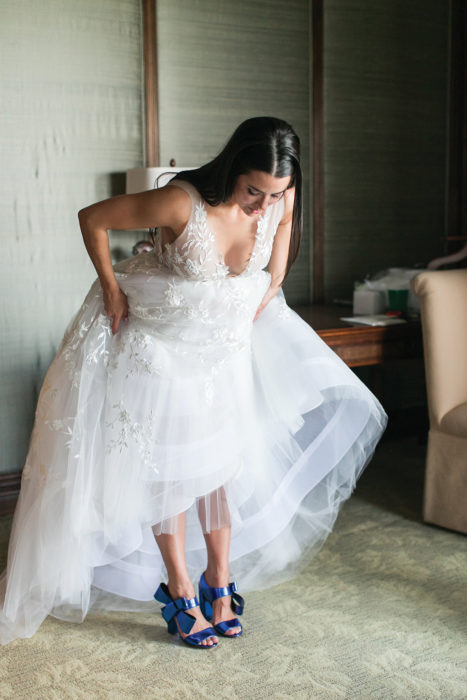 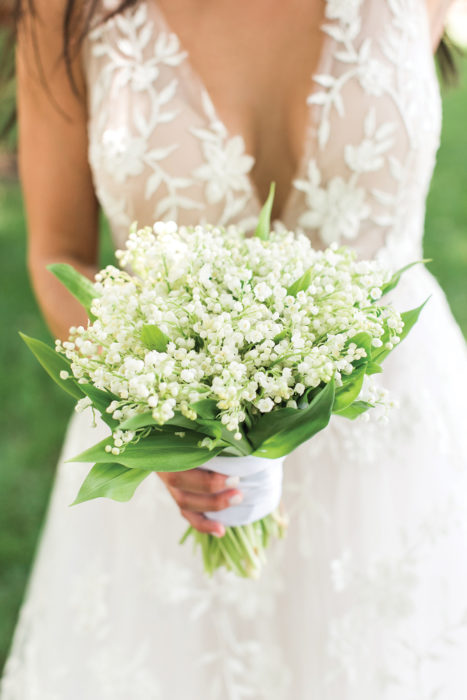 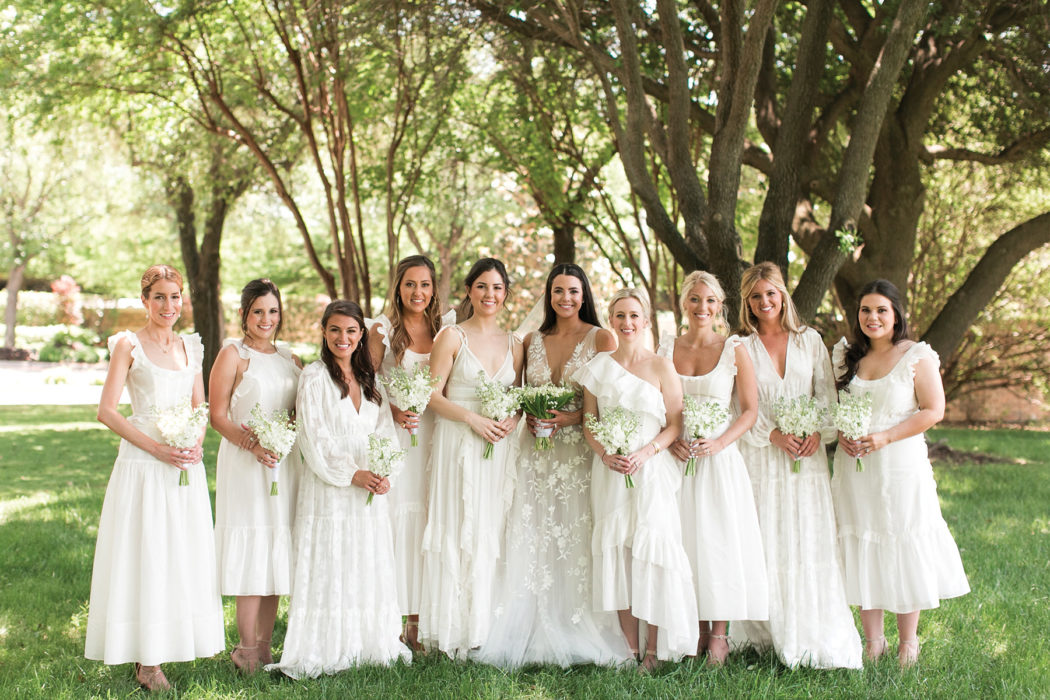 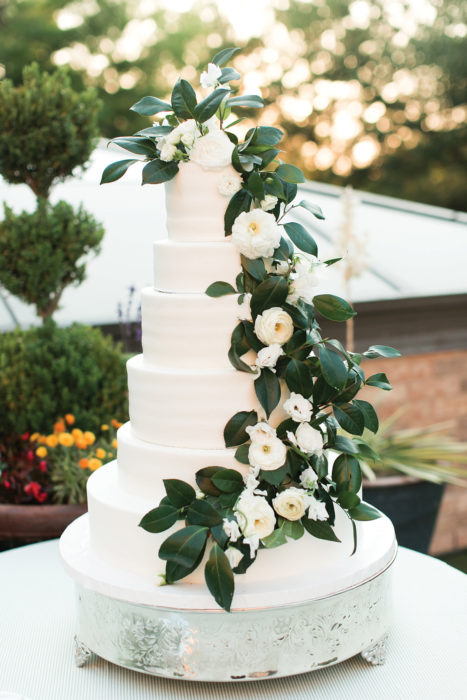 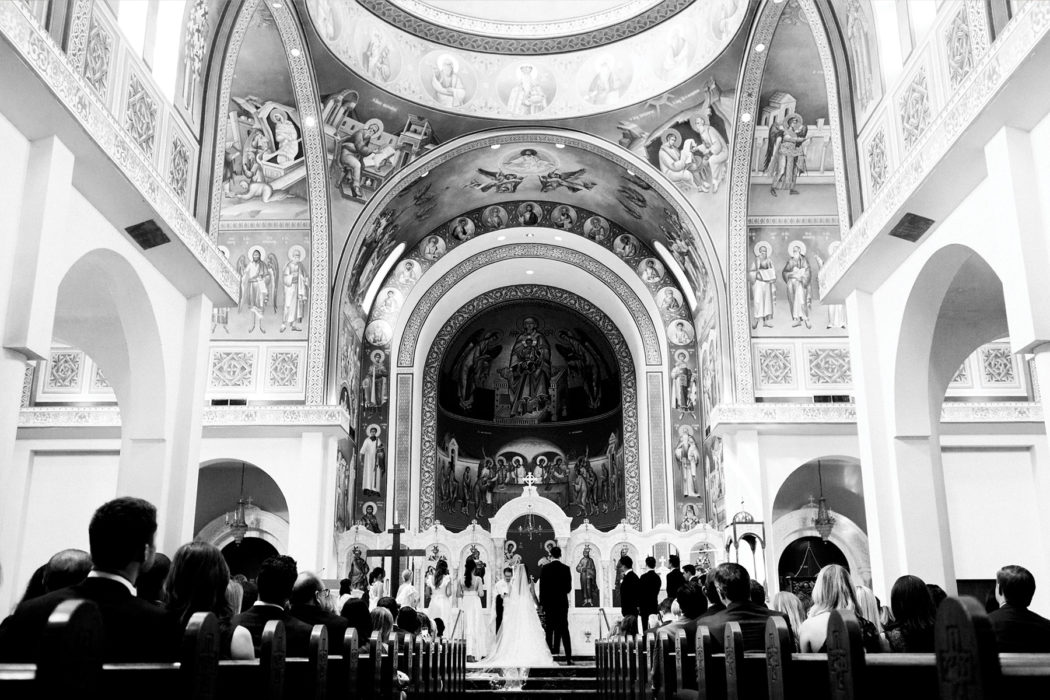 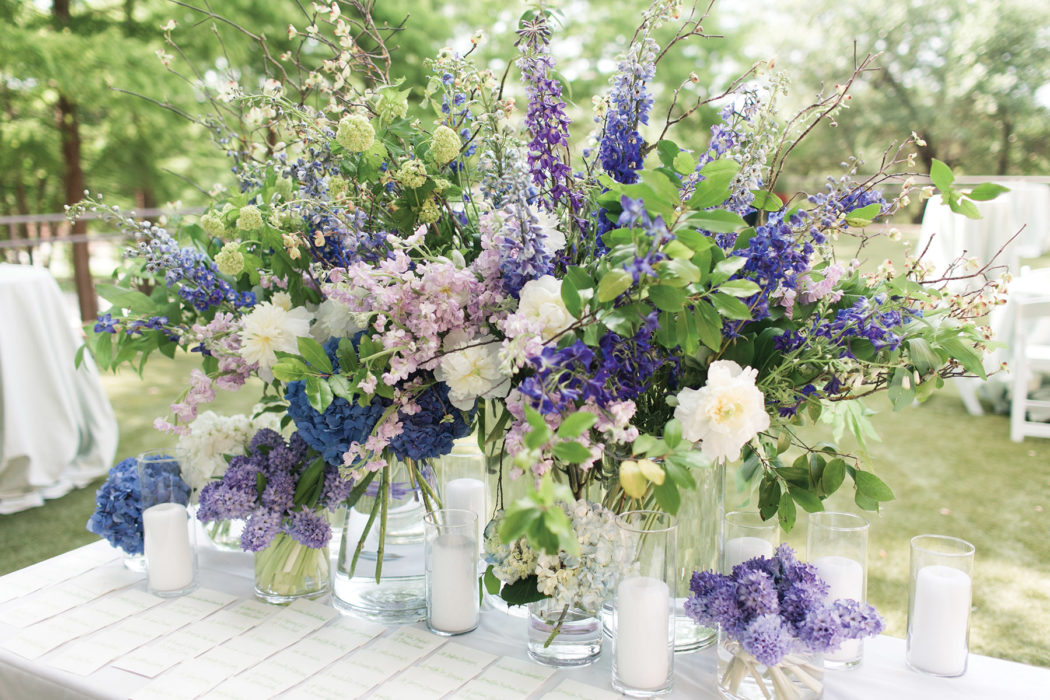 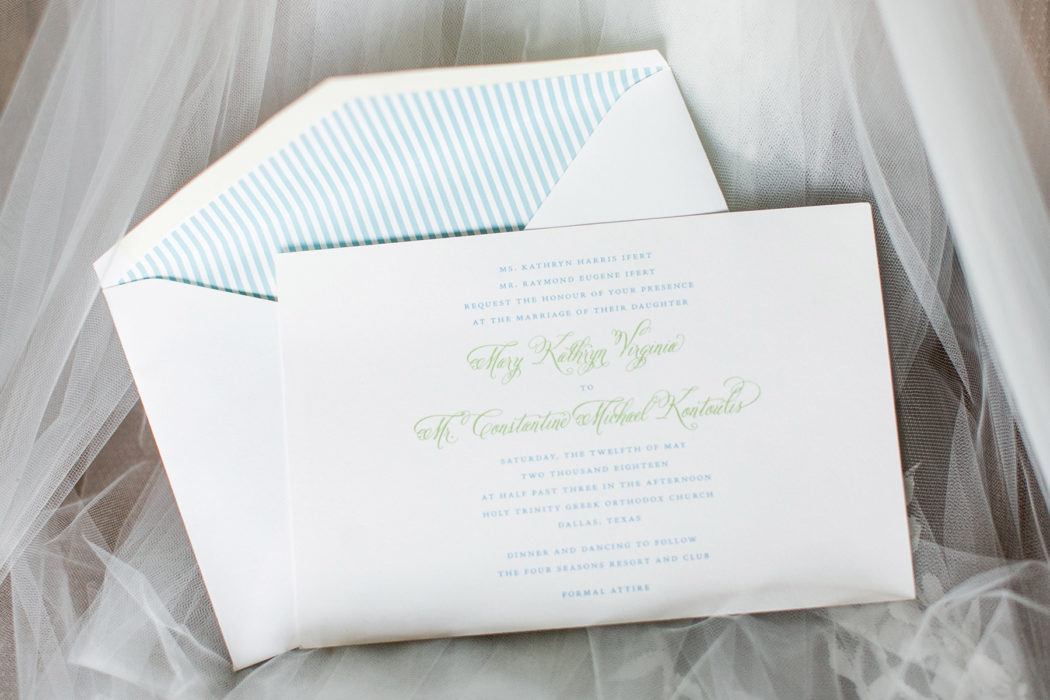 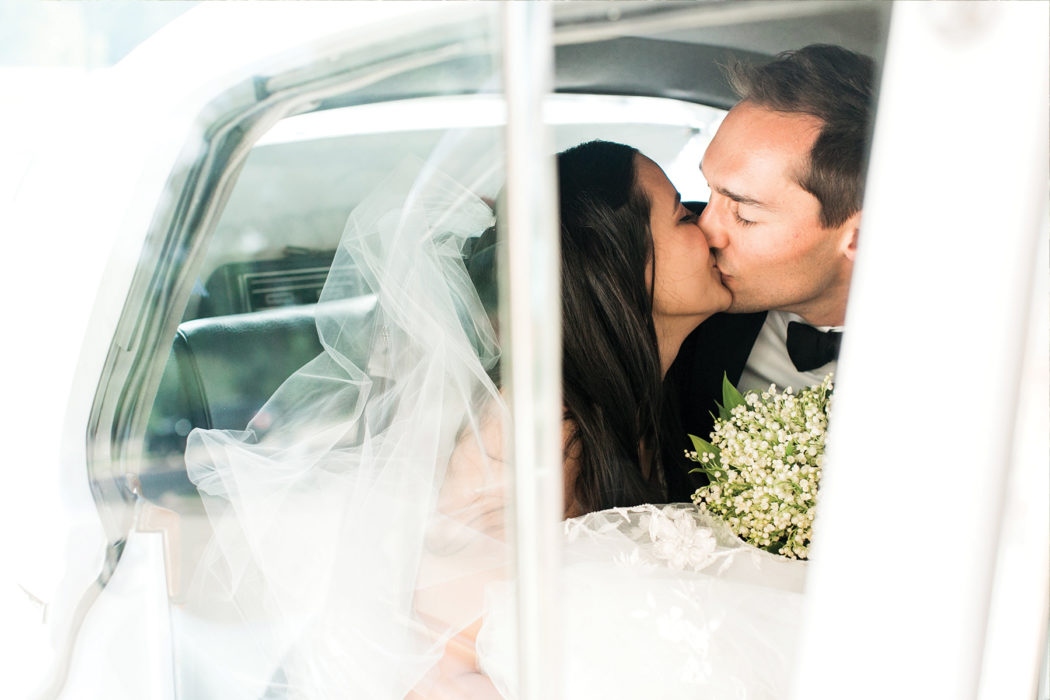 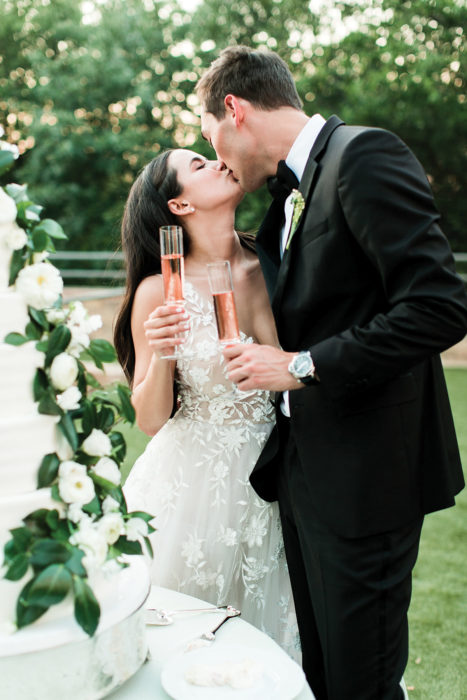 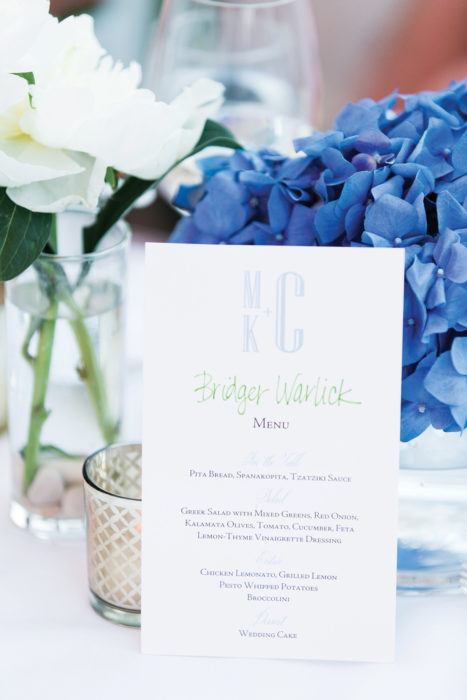 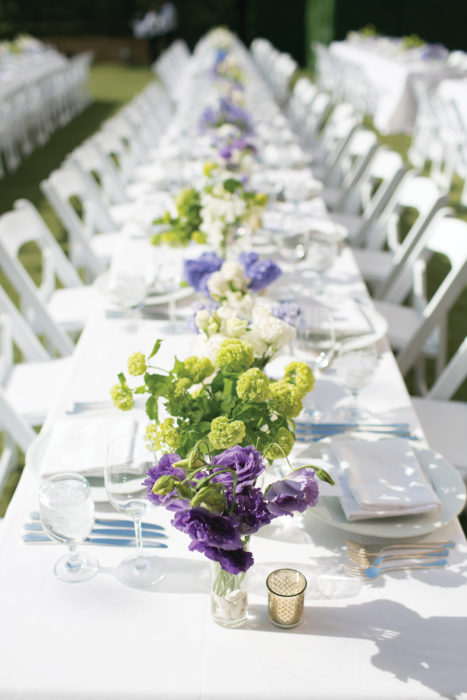 When you’ve been together for eight years, not even the heel of your blue Delpozo shoe breaking minutes before you walk down the aisle can get in the way of marrying the man of your dreams. Instead, you borrow your friend’s shoes and promptly make it down the aisle in a true Cinderella moment. “I said, ‘We’re getting married and no one is getting in my way,’ ” laughs bride Mary Kathryn Ifert. “We dated all through school. We did our first jobs together and second jobs together. We’ve grown up together, which is really fun.” Mary Kathryn quickly knew that Costa was the one for her. But Costa’s easygoing nature kept Mary Kathryn guessing—for five years post-college.

It’s safe to say that the proposal may not have been a shock, but Costa still wanted it to be a surprise. The couple planned a trip to Napa with friends, and Costa convinced Mary Kathryn to head to San Francisco a day early. He planned a romantic walk to an overlook of the Golden Gate Bridge, where he got down on one knee. “It was all surreal,” Costa says. “I had no idea what I said or she said, but we were both happy.”

And when it came time to plan their wedding on May 12, 2018, they did that side by side, too. Being from opposite sides of the country—Mary Kathryn is from Tampa, Florida, and Costa calls Newport Beach, California, home—they wanted to marry in the city where they met. But that meant Mary Kathryn had to attend appointments and make decisions without her family, who was back home in Florida. Costa wasn’t going to let her do it alone. “Costa was so involved with wedding planning,” she explains. “He was at every floral appointment. He was a dream.”

The result was a “fabulous dinner party followed by a really fun, wild dance party” for 140 guests at the Four Seasons Resort and Club Dallas at Las Colinas. Friends and family from both coasts mingled with the couple’s friends and work colleagues. “It was the perfect combination of past and present,” Mary Kathryn says.

The couple looked to wedding planner Kirstin Rose and florist The Garden Gate to achieve their vision of “super clean, white, and crisp” with hints of Mary Kathryn’s favorite color combination of blue and white. The bride carried a bouquet of lily of the valley, and long tables were adorned with monochromatic blooms of hydrangeas and hyacinth. After dinner, DJ Lucy Wrubel kept the dance floor packed with a lengthy playlist of early 2000s-era hits before the newlyweds made their exit to friends waving sparklers.

And even though the couple has been together for years, seeing Mary Kathryn round the corner of the church in her Oscar de la Renta gown was still the most breathtaking moment of the day for Costa: “We’ve been together so long, and to see her take the first steps were really special.”

“We dated all through school. We did our first jobs together and second jobs together. We’ve grown up together, which is really fun.” —Mary Kathryn Ifert