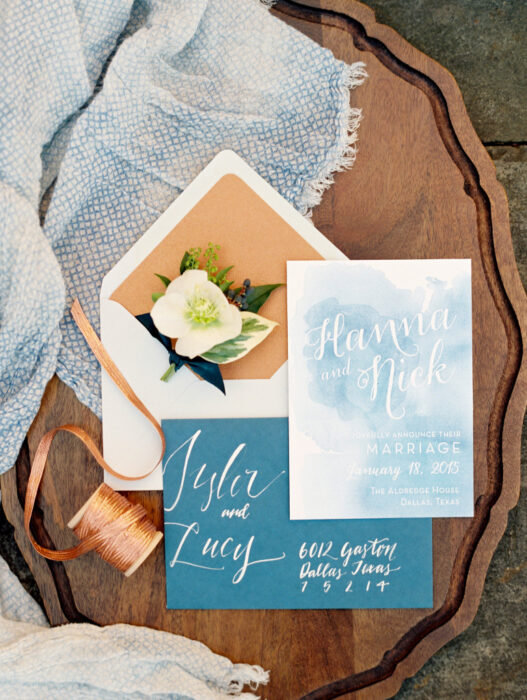 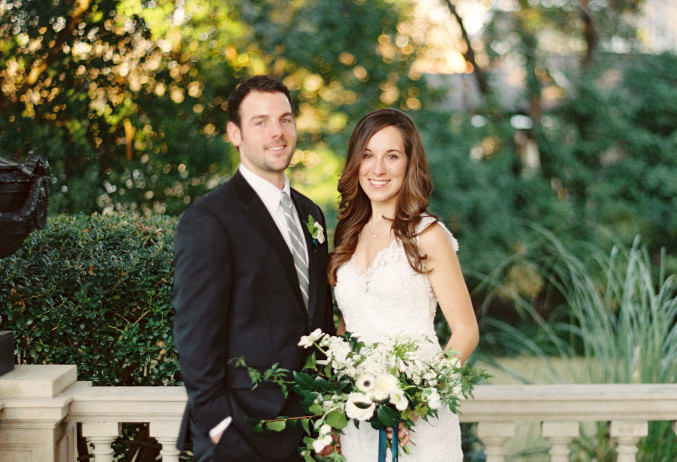 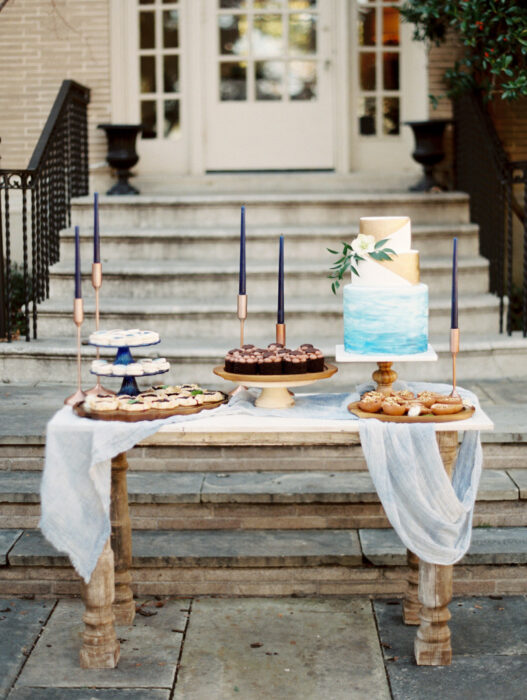 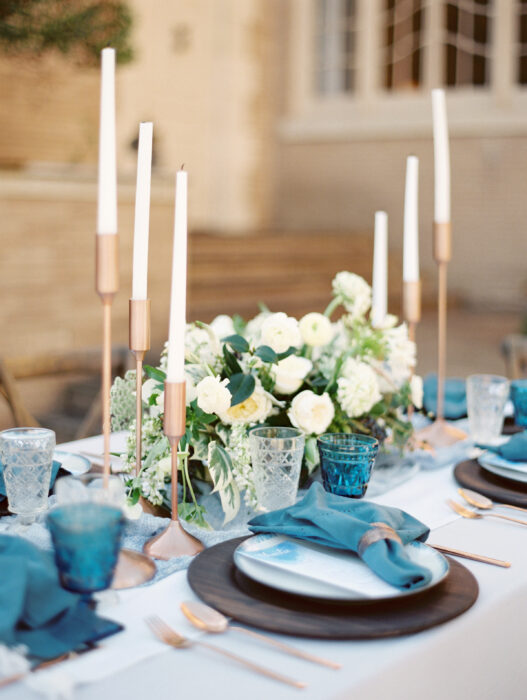 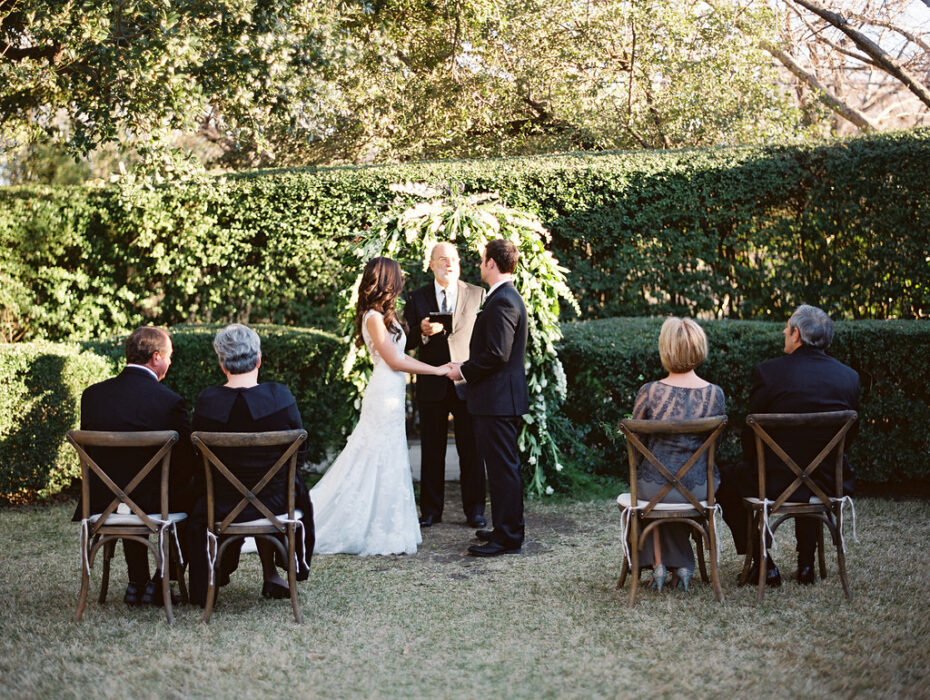 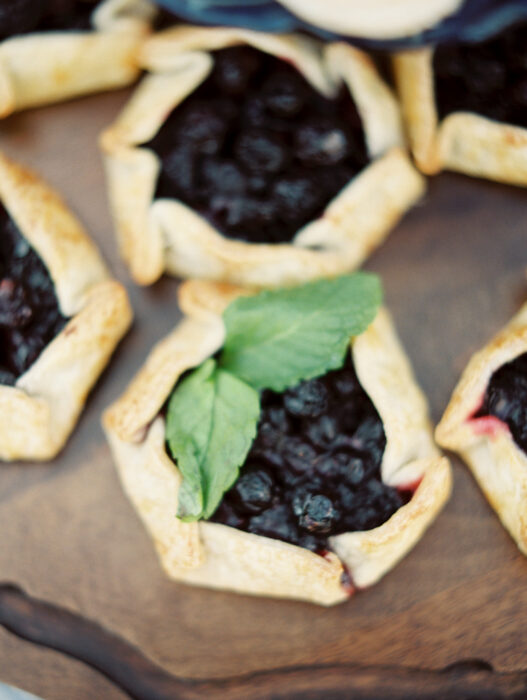 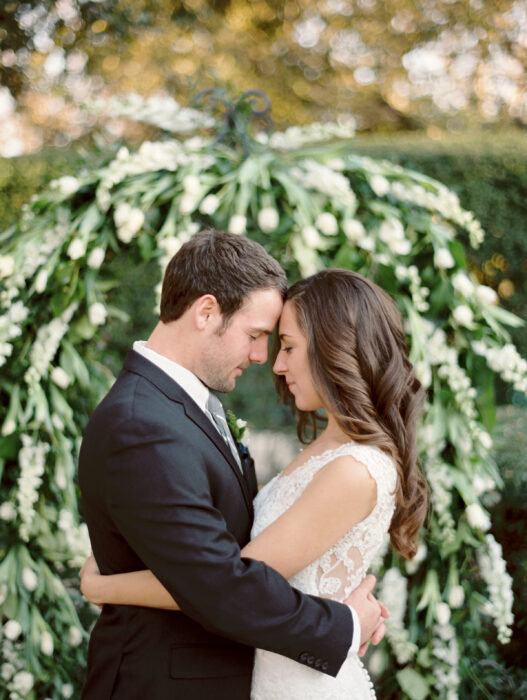 This couple went from engagement to saying “I do” in just 44 days. If the restrictions of COVID-19 have put a damper on your wedding planning, remember this couple. We admire how they pulled off a swoon-worthy wedding in no time, always making sure the focus always remained on what was important to them.

School teachers Hanna Abood and Nick Pike dated for about two years before Nick proposed while decorating their first Christmas tree together. Forty-four days later, they were married. “I just wanted to rip that Band-Aid off,” Hanna says. “It made it so much easier for us.” Hanna and Nick had a limited time frame to plan, and they wanted to stick to a budget. They decided on a small wedding so they could remain focused on what meant the most to them. They married in January 2015 at The Aldredge House in Dallas, with only their parents in attendance—a party of six! The aesthetic was natural, organic, and airy, with a green-and-white color palette and pops of indigo blue. Hanna and Nick were married under an archway of greenery followed by a dinner of lobster and steak inside the historic mansion, topped off with macarons, blueberry galettes, and a chocolate mousse cake. The entertainment? The couple’s first dance. Two weeks after the wedding, the couple gathered their friends and family and surprised them with an announcement and video of the big day. “Everyone was understanding when they saw how perfect and right it was,” Hanna says.

Get all the details here: http://birds-of-a-feather-events.com/dallas-elopement-aldredge-house/ 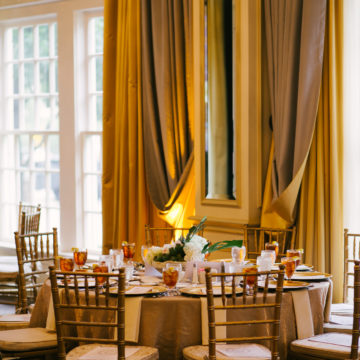