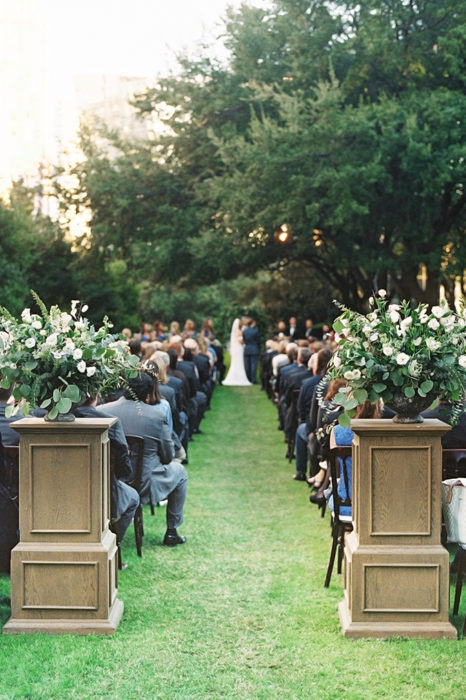 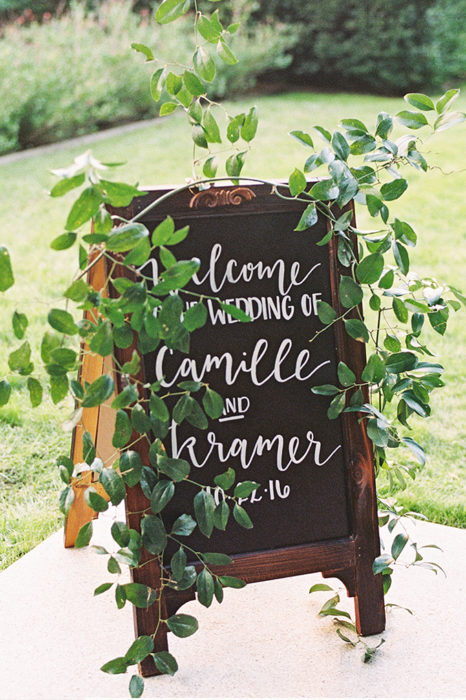 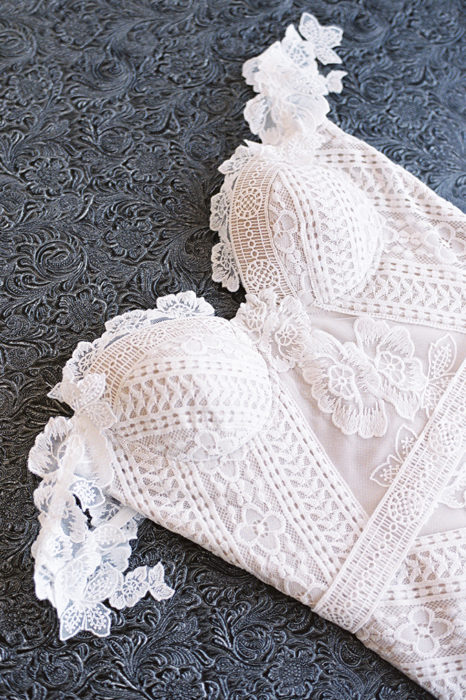 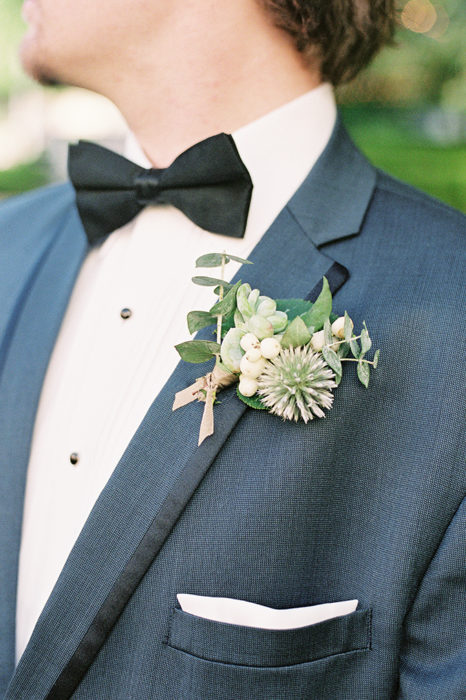 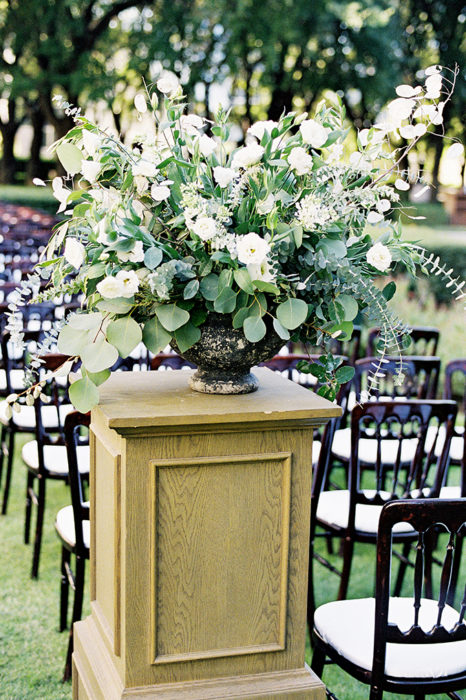 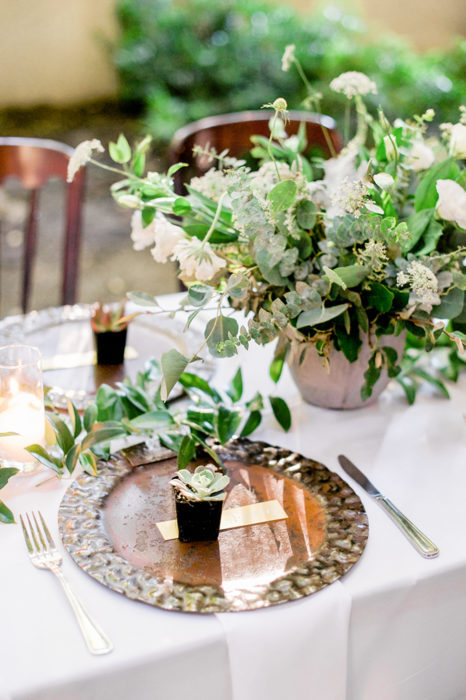 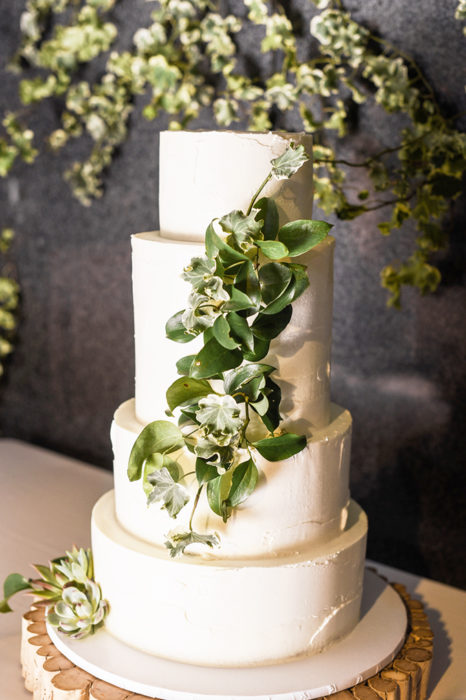 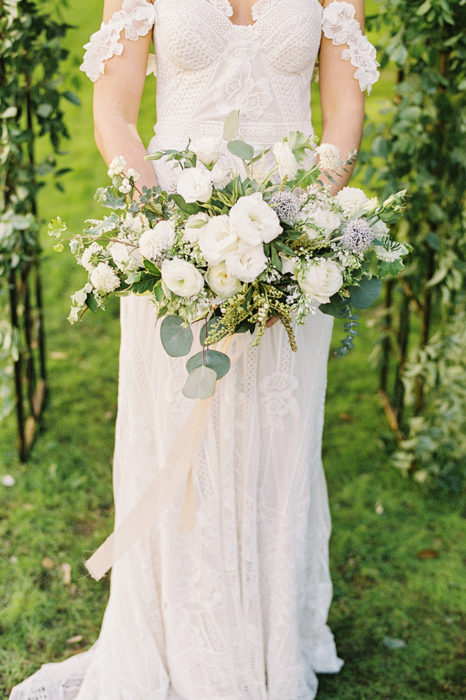 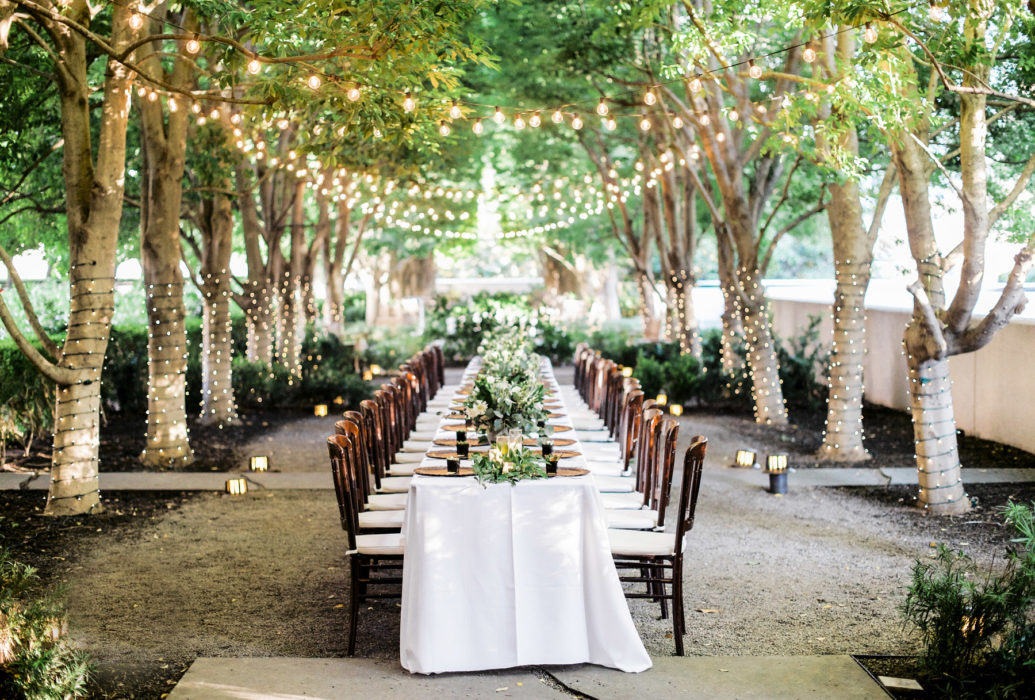 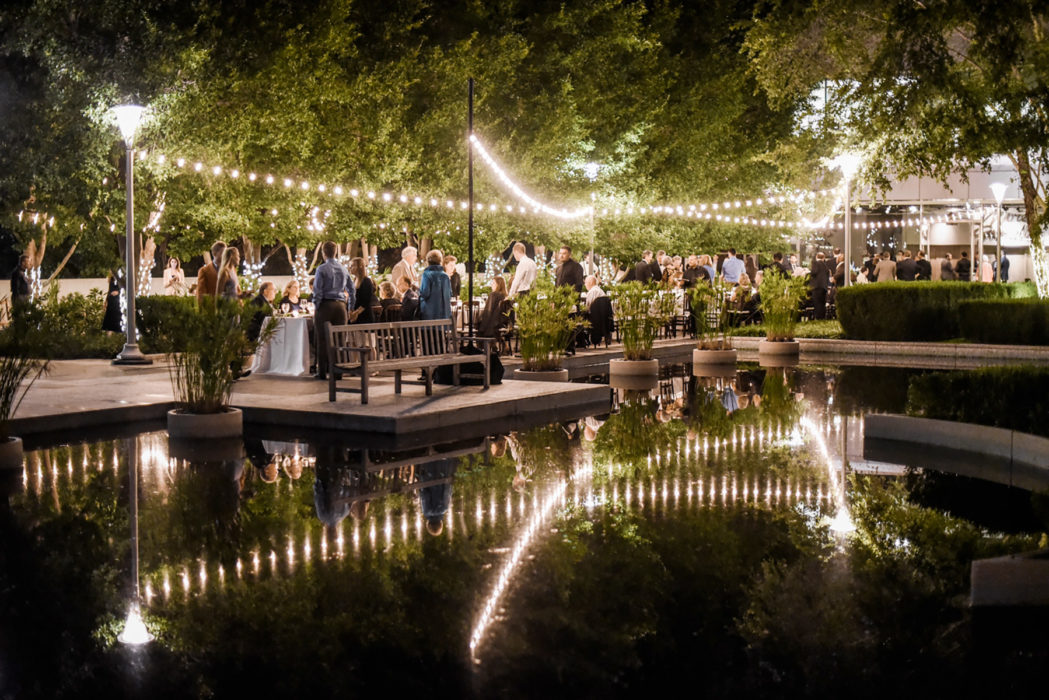 “I’m not the girliest of girls,” Camille begins. “I’ve always been a tomboy.” Tomboy or not, Camille Newtown’s October 2016 wedding to Kramer Bailey was the kind every girl dreams of. And it all happened because of the bride’s steady insistence on doing it her way. “I don’t like really ‘done-up,’” Camille says. “I don’t like flowers a lot. I had to argue with the florist. I kept saying, ‘Less, less, less. I don’t want it, and I’m not going to remember it. Less is more.’”

The wedding had the magic of a secret garden deep in the city thanks to Camille’s vision, along with Oh Deery Floral, photographer Shannon Skloss, and a talented bunch of wedding creatives. Their under-the-stars ceremony and reception at Marie Gabrielle combined city sophistication with a bit of boho. As did Camille, looking naturally beautiful in a Rue de Seine gown from A & Bé Bridal Shop, with a bustier of appliqued lace, off-the-shoulder straps, and a draped lace skirt. Her loose ringlets were decidedly girly, even if the bridesmaids’ dresses were chosen from a more practical perspective. “Blue is my favorite color. My husband’s favorite soccer team is Chelsea, and they are royal blue, so that was perfect.”

Camille and Kramer played soccer growing up, so sports have long been part of their story. The Lake Highlands High School grads both went to Texas A&M University, where they lived near each other and would get together to kick some balls and go on runs—but they wouldn’t start dating until after college.

Fast forward to October 9, 2015: En route to Houston for a wedding, Kramer “detoured” to College Station, supposedly to visit his cousin who’d just had a baby. The cousin suspiciously wasn’t home, and Camille wondered why new parents would be out so late with a newborn. She agreed to wait for the cousin’s return and visit their stomping grounds as students, including a park with a gazebo situated near a pond. “I said, ‘Do not push me in the pond,’ and he got this funny look,” Camille recalls. Then it dawned on her when he bent down on his knee.

Camille and Kramer celebrated their love in a festive party under the trees designed for their friends to mingle. “I wanted a farmhouse vibe,” Camille explains. Guests sat wherever they wanted at one long table, the better to enjoy one another’s company.

One of the sweetest, unscripted moments of the day came during the first look. Kramer gifted her with the second ring he’d give her that day. Some time ago, he’d found her Aggie ring that she thought she’d lost and waited for the right moment to give it to her—and even his self-described “ungirly” bride couldn’t help but shed a tear.

Their under-the-stars ceremony and reception at Marie Gabrielle combined city sophistication with a bit of boho.