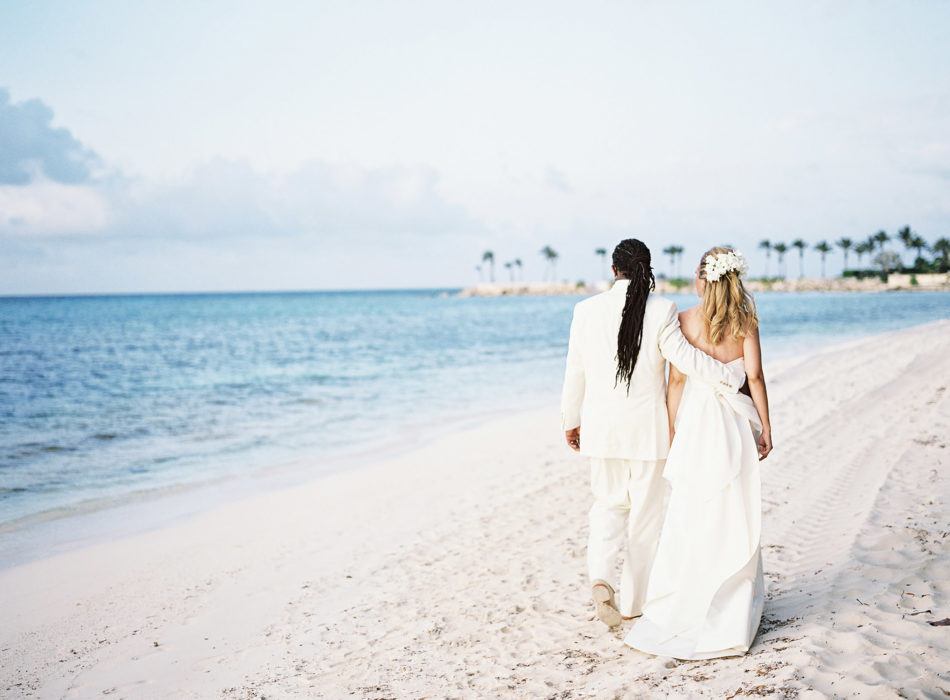 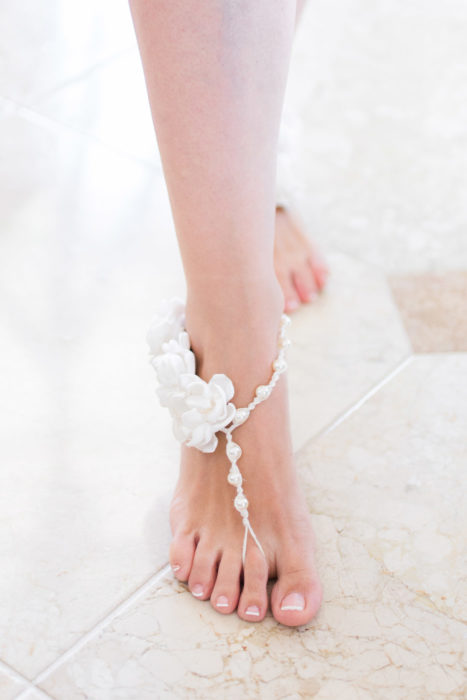 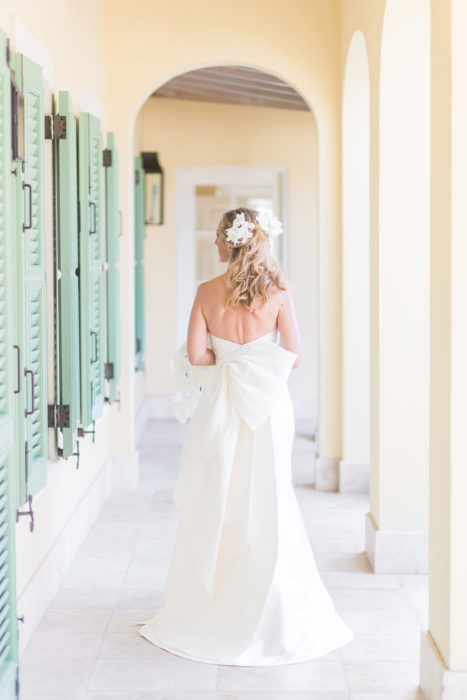 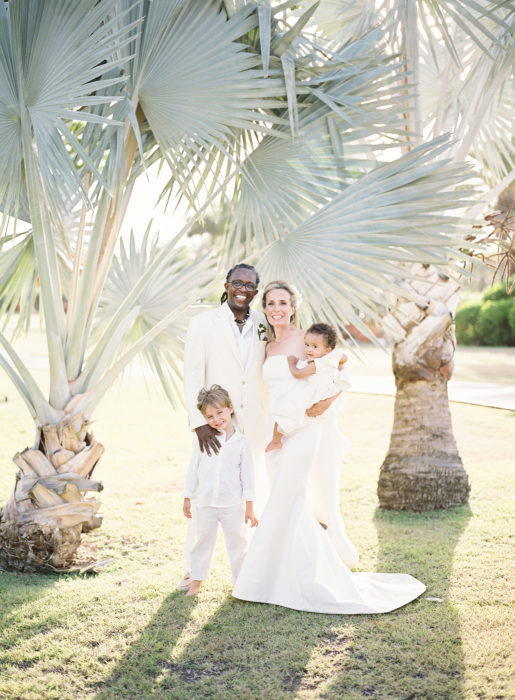 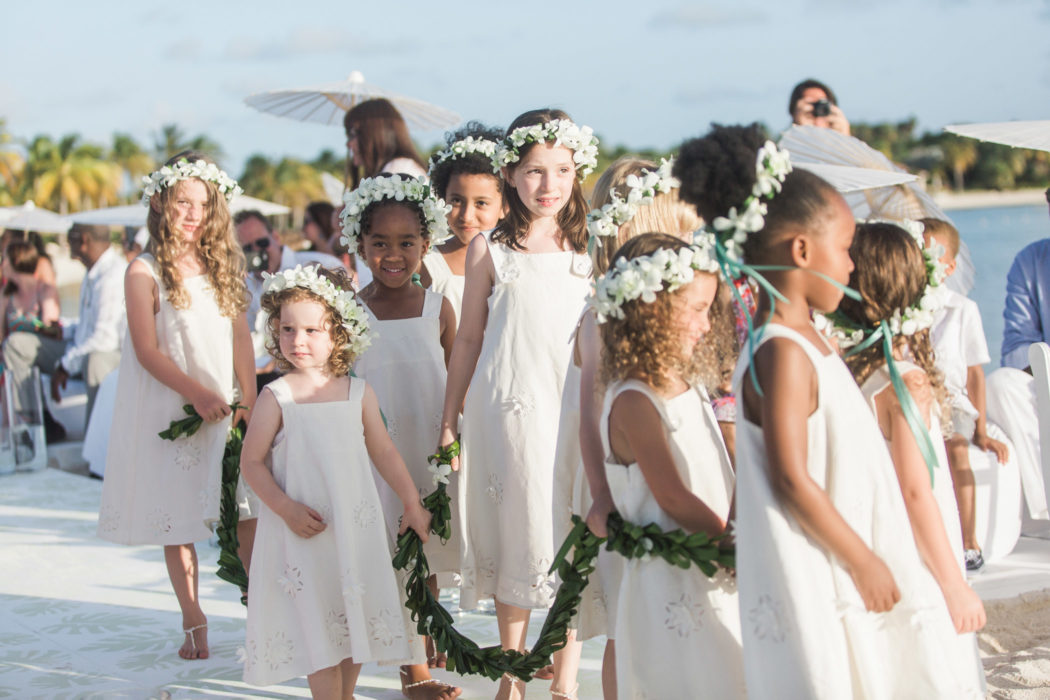 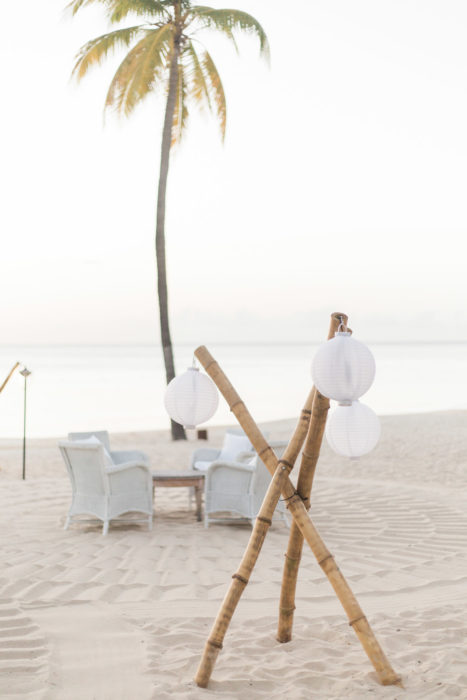 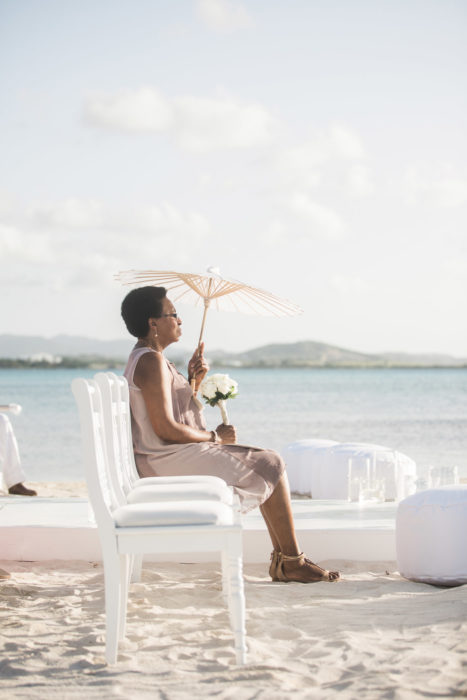 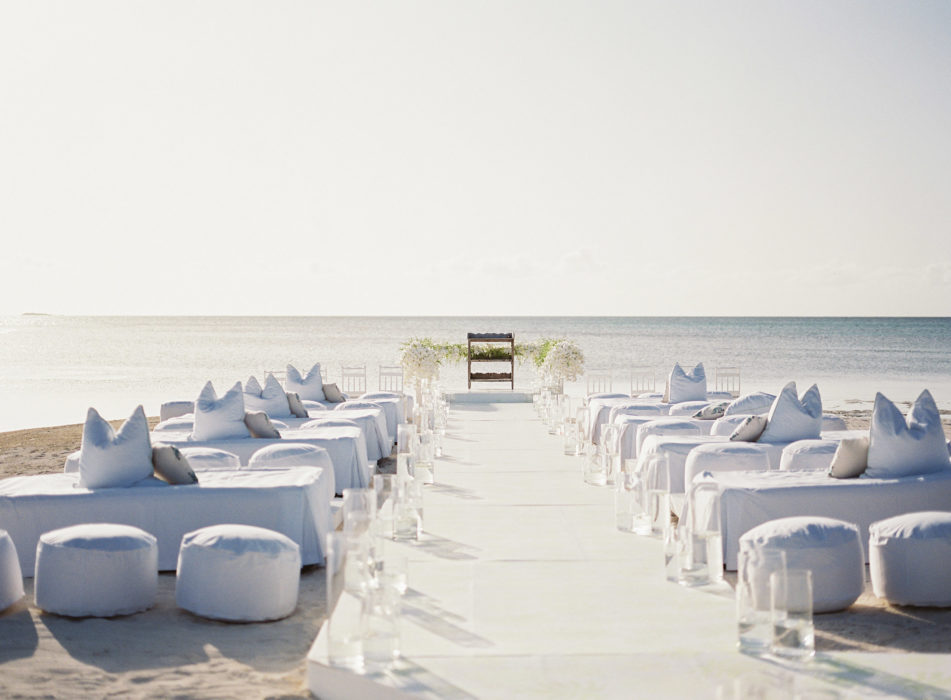 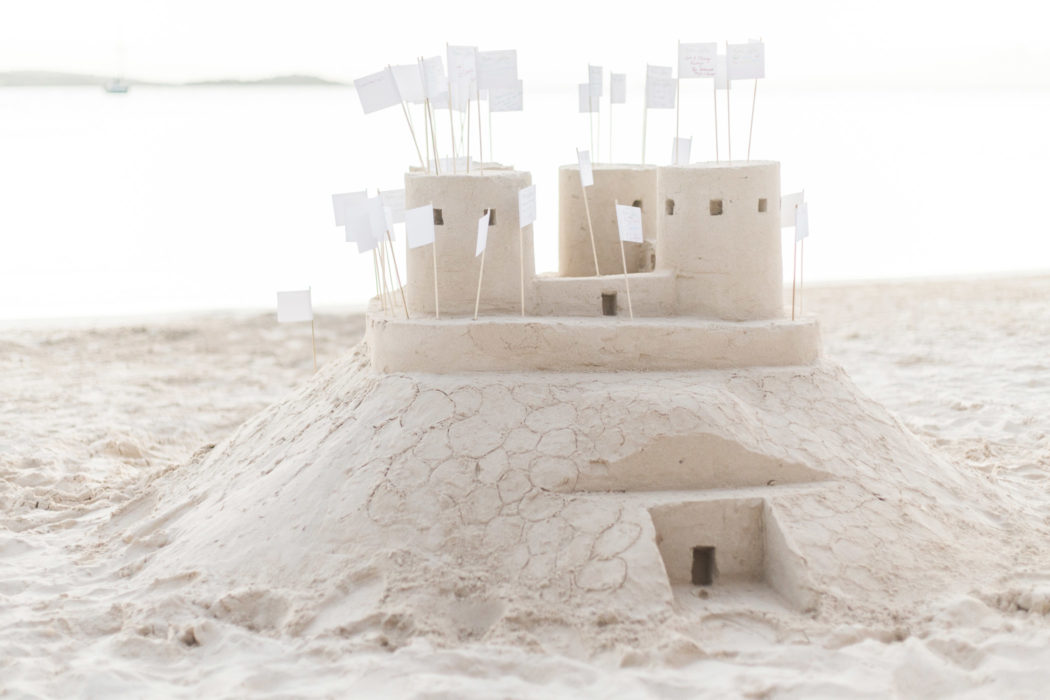 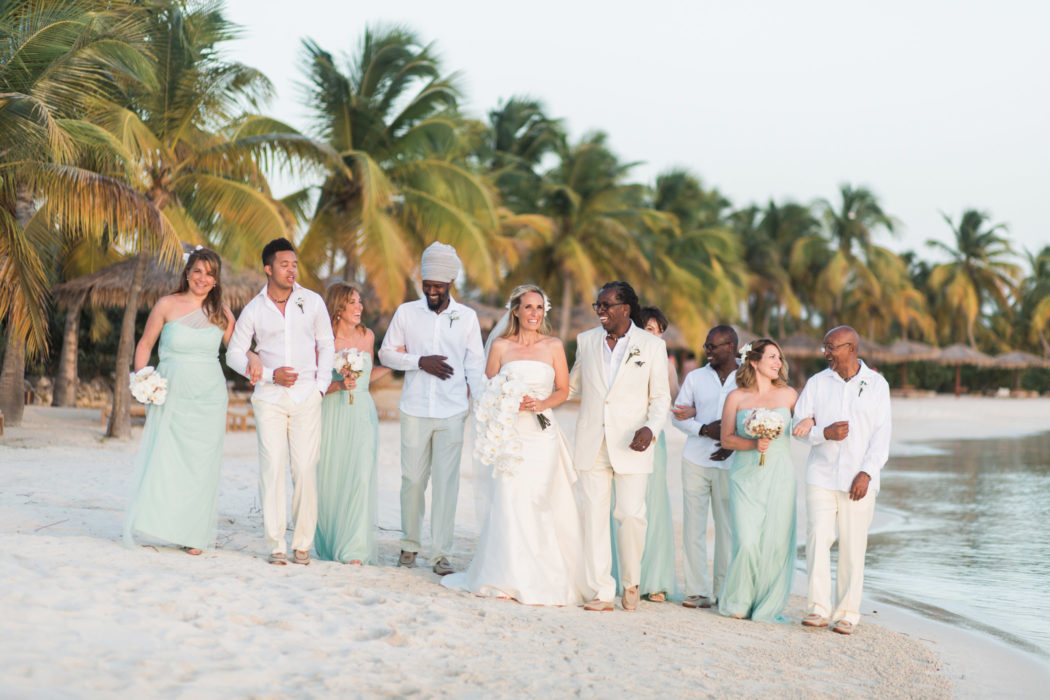 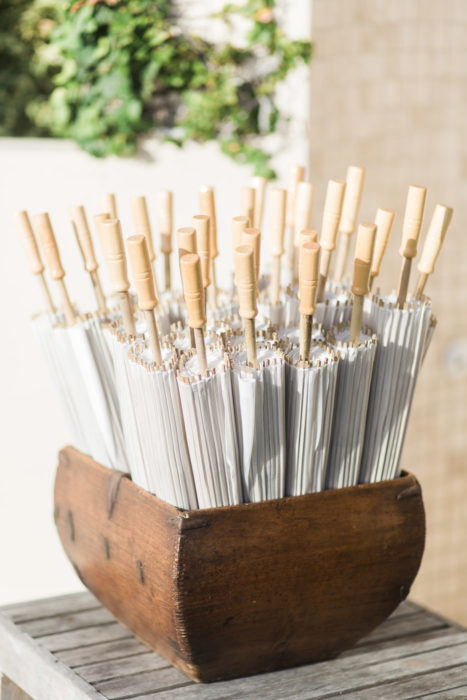 Two busy professionals, two cities, family and friends from far-flung locales. Kristen Brent Venable and Jeffery Bradley were of one heart and mind on spending their lives together, but where to have the wedding? “Jeff and I were aligned in envisioning our wedding to be on a beach on a beautiful day,” says the bride, a professor and artificial intelligence researcher at Tulane University. “We had friends coming in from all over the world. I was born in Dallas and grew up in Italy. We had half the guests coming from Europe so we were trying to find a place that would work for everyone.”

Would a glorious three-day weekend in the Caribbean fit the bill? Of course it would, especially when it combined the couple’s vision with the team at Todd Events. The couple chose the resort at Jumby Bay Island, which was a Rosewood property at the time. They rented out the entire resort and worked with a travel agent to fly out all the guests for an unforgettable three days celebrating love, family, and togetherness.

The first night featured a welcome party at an exclusive estate where the bride and groom were staying. The next day, guests were sent on a scavenger hunt around the island, during which they were asked to take pictures to include in the couple’s wedding album. Kristen went on a yacht tour with her friends, and Jeffery enjoyed a wine tasting. Guests were granted complimentary access to the spa, and nannies were available for the 21 kids in attendance, including the couple’s daughter, Jasmine, and Robert, Kristen’s son by a previous marriage. Zaire Bradley, Jeffery’s son from a previous relationship, was the best man. “The 110 guests were all very close to us,” Kristen says. “We wanted to have time to talk and enjoy each of them.”

The wedding itself was held on the beach, on a platform that extended over the water and festooned with voluminous cascading phalaenopsis orchids and other greens. The flower girls wore floral garlands and white Stella McCartney dresses, and Jasmine wore a dress from the same fabric as her mom’s gown by Le Spose Di Giò of Italy. Afterward, guests strolled to the restaurant, decked out in a palette of white, yellow, peach, taupe, and aqua with festive paper lanterns overhead. Guests were given miniature flags to inscribe with messages to the couple and place in a sandcastle built for the occasion.

Most of the food was vegan, an important option to Kristen and Jeffery, who met at a vegan meetup. At the time, he was a senior system analyst manager for Dallas County. Kristen split her time between Tulane and Dallas, commuting to New Orleans during the week. Jeffery has since launched a freelance writing career, and the couple lives between New Orleans and Dallas.

With their fantasy wedding weekend behind them, the couple delayed a honeymoon to spend time with their kids. For Kristen, the magical three days seems like just yesterday. “How time flies,” she says.

“Jeff and I were aligned in envisioning our wedding to be on a beach on a beautiful day.”